It is the time of the year when we proudly watched the Senior members of student government graduate and move on to the next step of their academic journey.

We want to take the chance to thank them for their services to the Student Government, to the School, and community, and for upholding the pillars of HES academies.

As it is stated in the constitution of the Student Government Article XV – Section II:

As the Presidency, and many other positions become vacant at this time of year due to graduation, and according to the line of succession, the INTERIM PRESIDENT now is:

Congratulations Zehara on your new interim position till the elections on November 4, 2021.

You have the job now of appointing vacancies to your cabinet, which we will discuss in the next ULASG executive meeting.

You will receive instructions on accessing the email: president.ulasg@hessga.com, 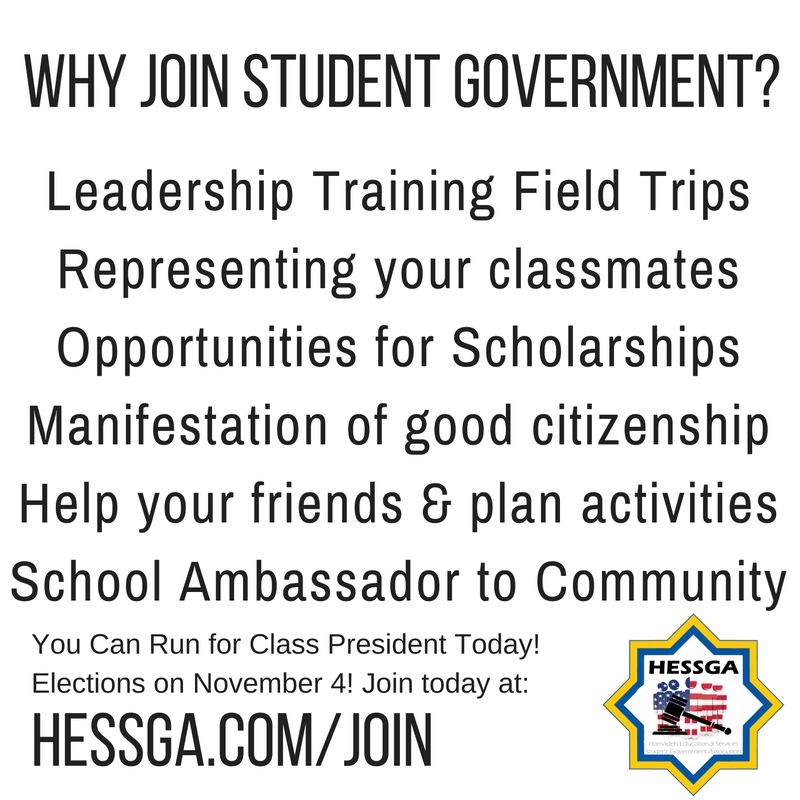